Four Weddings with the Nikon D850

Four Weddings with the Nikon D850

About a month and half ago, I got a phone call I really wasn’t expecting. I was asked if I would be interested in being the stills photographer for a documentary about four weddings coming up over the next month, using the new Nikon D850 during the process.

I didn’t know much more than that at this point, but it was already a yes from me!

What followed was a tiring but exhilarating few weeks that took me all over the UK and abroad. I met some amazing people along the way, not only the couples whose stories were and are inspiring, but also the team making the documentary. The film was produced by The Guardian with Pi Studios and Pulse Films, and of course supported by Nikon who provided all of the equipment. They were a brilliant team to work with during this time and it was an incredible experience.

With the royal wedding now imminent, Four Weddings is all about just how varied and different weddings are in this day and age. Different backgrounds, different customs, different circumstances, different couples; it’s not all a fairy tale prince and princess affair. Far from it. I won’t describe it all in detail, so make sure to watch the documentary in full! It’s absolutely stunning and I’ve lost count of the number of times I’ve watched it now.

I’ve shot on Nikon since I was about 15 years old. It’s all I’ve ever shot (apart from using friends’ cameras now and again, and the odd film camera) and I’ve always been a huge fan. I tend to follow news of what they’re up to fairly closely, and I’ve long been interested in the D850. I currently shoot weddings using two D750s and I’ve been really happy with them so far. Getting the chance to shoot stills for this documentary using the D850 has been eye-opening, to see how far things have come in such a short amount of time.

To put it simply: the D850 is the best camera I’ve ever used, hands down. With an intuitive form factor coupled with an amazing amount of power under the hood (while actually feeling pretty light), there’s almost too much to rave about. Seeing that this isn’t a camera review post, I won’t be doing that. However, there are a few things that I do want to talk about that really impressed me over the course of this project and, not only that, also opened my eyes to new possibilities.

Getting back into the office and seeing these images at full resolution is pretty intense. My trusty D750s produce amazing photos as it is, but seeing the output of the D850 has been something else. The dynamic range capabilities of this camera are like nothing I’ve seen and it’s made a huge difference to what I was able to do in editing. The colours and the detail that I was able to pull out of the shadows is all-important to me as I tend to expose for highlights. Seeing the RAWs come to life in editing put a smile on my face every time.

Not only that, but the resolution on offer (an impressive 45 million pixels) allowed me to crop way more than I normally would. I try not to crop where I can, but having the option is everything. The detail it picks up has really impressed me. In conjunction with the autofocus system being super good (a whole blog post in itself), there was almost no occasion where I lost focus or didn’t get the details that I wanted. It was brilliant.

This is a big one. Currently, I don’t offer any kind of video to my wedding clients. As I was being interviewed, I talked about how this is something I’ve actually really feared in the past. Video was, to me, a sort of ‘here be dragons’ part of the map that I thought I could ignore and maybe it would go away.

How very wrong I was.

Having a couple of D850s to use for the month during the filming of this documentary taught me a huge amount about video and what it’s capable of. During this time, I took loads of short videos here and there and really got into all the features of the camera. To say my eyes have been opened to how simple it is to get started shooting video is to make a huge understatement. There’s still mountains of stuff I don’t know, but just the simple act of switching to video and shooting a few minutes of footage that I actually enjoyed watching back later on was mind-blowing. I’d never really considered this before, and now it feels like everything has changed. 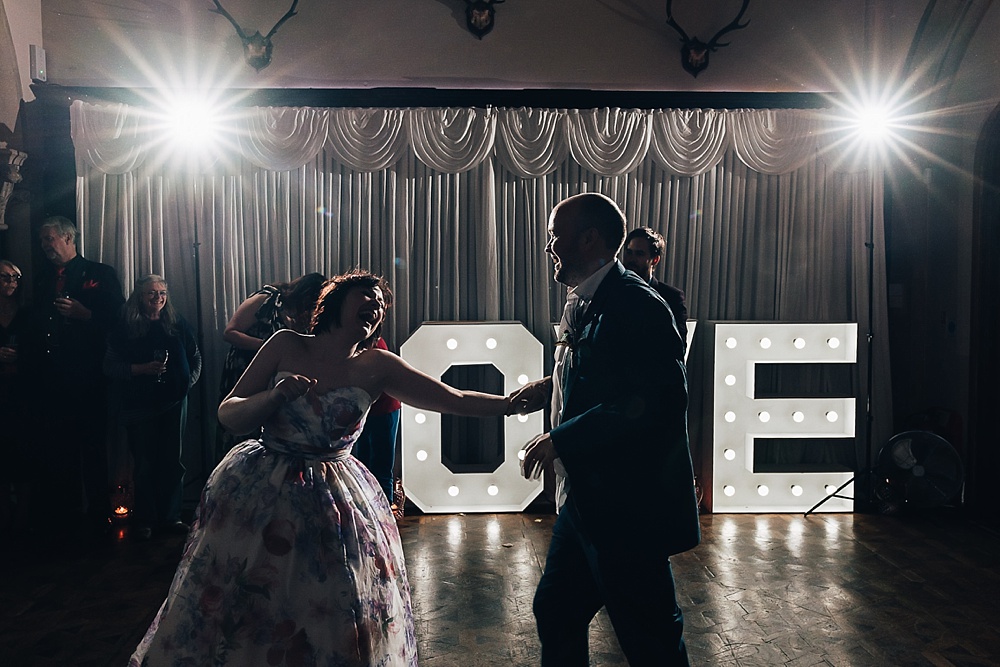 So, here’s the thing – I found that this camera just made things easy for me. For instance, one of the amazing features of this camera is its ability to do 120fps slow motion in camera. There’s no need for me to do anything afterwards to create this effect – it’s done right there and then without needing to process it afterwards. This was a bit of a lightbulb moment for me.

Click here to see the Nikon product videos and to find out more.

Using the Nikon D850 has really made me think about whether I can start offering video to my clients in a way that I’d never even considered before. Since starting the documentary, I’ve gotten into video way more – shooting a few short videos of my own during filming and, since then, experimenting with what I can do with video on my normal equipment.

I’m currently looking into what, if any, investments I need to make and how this would work in terms of my pricing. Although I don’t think I’ll become a wedding videographer (I love shooting stills too much), it’s made me seriously think about what I can offer in addition to my usual photography coverage. 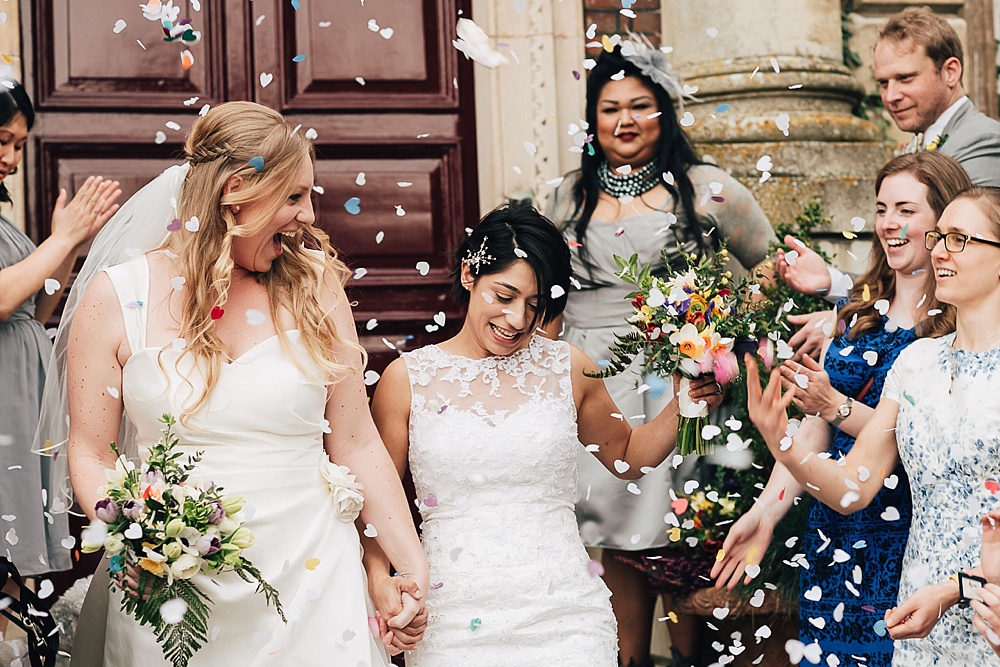 Disclosure: I wasn’t paid by anyone to write this post, but I was paid for my time and my images as part of the Four Weddings production.

If there’s anything you’d like to know, drop a question below! I’ll try and get back to you within a day or so. If you want to know more about me or what I do, head on over to my about page or my portfolio. More detailed enquiry? Head on over to my contact page.

DID YOU KNOW... that Amelia and Will got married o

My last wedding of wedding season happened on Frid

©2022 Will Patrick. Privacy Notice. You're looking great today.
WHOOSH!
We use cookies on our website to give you the most relevant experience by remembering your preferences and repeat visits. By clicking “Accept All”, you consent to the use of ALL the cookies. However, you may visit "Cookie Settings" to provide a controlled consent.
Cookie SettingsAccept All
Manage consent

This website uses cookies to improve your experience while you navigate through the website. Out of these, the cookies that are categorized as necessary are stored on your browser as they are essential for the working of basic functionalities of the website. We also use third-party cookies that help us analyze and understand how you use this website. These cookies will be stored in your browser only with your consent. You also have the option to opt-out of these cookies. But opting out of some of these cookies may affect your browsing experience.
Necessary Always Enabled
Necessary cookies are absolutely essential for the website to function properly. These cookies ensure basic functionalities and security features of the website, anonymously.
Functional
Functional cookies help to perform certain functionalities like sharing the content of the website on social media platforms, collect feedbacks, and other third-party features.
Performance
Performance cookies are used to understand and analyze the key performance indexes of the website which helps in delivering a better user experience for the visitors.
Analytics
Analytical cookies are used to understand how visitors interact with the website. These cookies help provide information on metrics the number of visitors, bounce rate, traffic source, etc.
Advertisement
Advertisement cookies are used to provide visitors with relevant ads and marketing campaigns. These cookies track visitors across websites and collect information to provide customized ads.
Others
Other uncategorized cookies are those that are being analyzed and have not been classified into a category as yet.
SAVE & ACCEPT